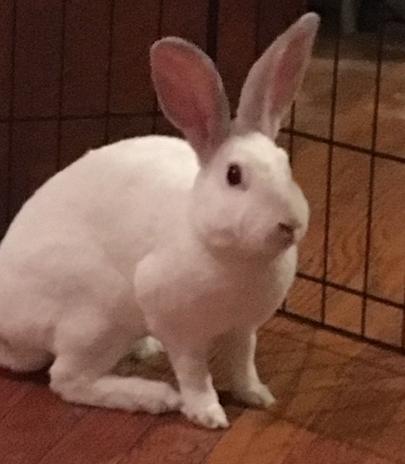 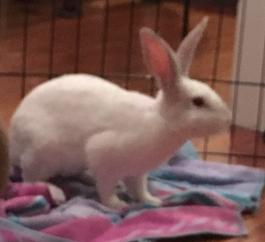 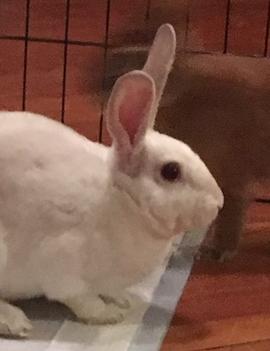 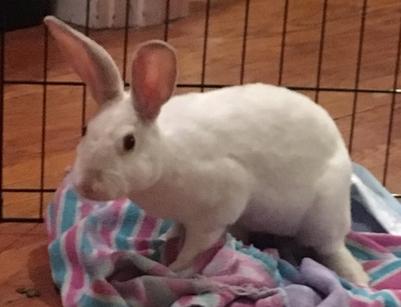 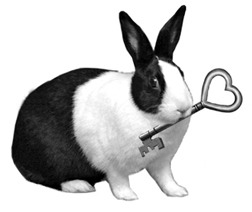 Charolais was born August 6th a week after his abandoned mom was rescued by THE Rabbit Resource volunteers. He is from Eve's litter.

He was always one of the biggest in the litter and had no problem being syringe fed. Charolais is nosy, but he’s more of the watch-the-others type rather than the find-out-how-it-works types. He’s bonded with his sister Jersey, and lives in a room with other buns nearby. He’s the Romeo of the litter, batting his blue eyes in the direction of the girls and showing off his sleek white fur.

When his foster mom comes in, he is the first to the side for nose rubs and attention.

He doesn’t mind being picked up and petted, and he will sit the longest for attention. Charolais will be about 6 pounds when he’s full grown. He’ll be neutered soon.

Male - will be neutered soon

Will be medium size