He is truly growing into his personality. Not only does Milkyway have the sweetest bunny nose, and a super cute bunny butt, but he also has a larger than Earth personality. He is a bit shy around new faces/voices for only a moment, but his curiosity always gets the best of him and he ends up having to investigate. He is quite the curious little bun. He just loves playing with bunny toys. (And he's quite intelligent too!) But he truly loves demanding ear scratches and back scratches. He loves children, thinks he's far beyond the intelligence of cats - and really likes being the center of his people's attention. He's litter box trained and is just a great little guy!! (And quite the charmer.) 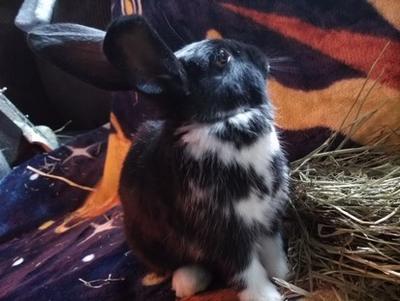 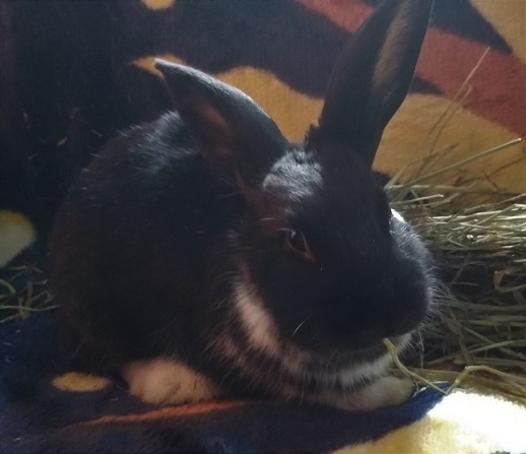 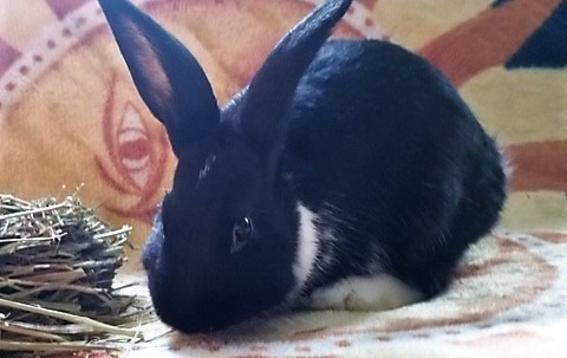 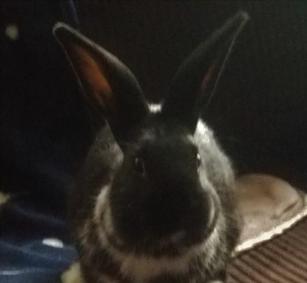 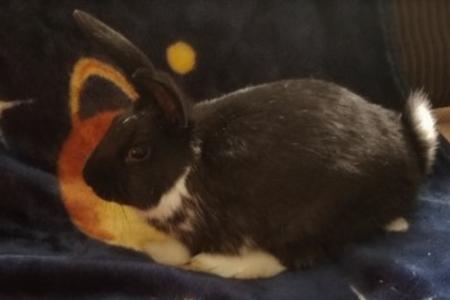 Male - will be neutered prior to adoption