The story of the Moravia rabbit rescue began the summer of 2016 when someone released a pair or more of un-neutered/un-spayed rabbits in Moravia, along Owasco Lake. As the summer went on, several litters were born and their number grew to over 25 rabbits. At the end of summer, concerned neighbors contacted THE Rabbit Resource, worried about what would happen to the rabbits once the residents left for the winter.

The rabbits had been eating out of the local gardens and had also been fed by the residents. Fall was approaching when the first traps were put out in an attempt to catch as many of the rabbits as possible and find homes for them. Over September and October, a total of 13 of the rabbits were caught, 5 bucks and 8 does. Due to limited space available to foster the rabbits, some were transferred to Lollypop Farm and the SPCA of Tompkins County. The eight remaining buns all need to be spayed or neutered. Some of them were very young when caught (as young as 6-8 weeks) and could not be spayed or neutered until they were old enough.

Sadly, half of the rabbits perished before they were caught and three or four haven't been caught.  Many of the rescued rabbits were malnourished. One of the young rabbits had a litter of 7 kits. She was so malnourished she was unable to nurse her kits, and although an attempt was made to bottle feed them, they died. She is Lucy, one of the rabbits waiting to be spayed.  Lucy is part of a bonded pair with Desi.  Since they are not neutered/spayed, they are kept in side by side pens.  They can't wait until they can be together again!

Another bonded white pair, Alex and Maxine, were litter mates and only 6-8 weeks old when they were caught.  They are growing fast and will soon be ready to be neutered and spayed.  Mickey is an adult white rabbit with an adoptive family waiting to give her a new home as soon as she is spayed.  The 12 year old boy and his family tried to catch Mickey all summer with no luck and were so happy to find out she was caught.  Zoe is a gentle adult tortoiseshell rabbit who is finally warming up to her foster family and ready to be adopted.  Fox is a sprite little chestnut buck, precocious and adventurous, soon to be old enough to be neutered.  Gracie is a very friendly young chestnut doe who loves to explore and be cuddled.  She has reached the age where she can be spayed now.

All of these rabbits are ready to be adopted.  They are litter trained, healthy, used to being handled, and have great personalities. Although they are all kept in spacious exercise pens, they can't wait to be adopted to a home where they can run free and binky! 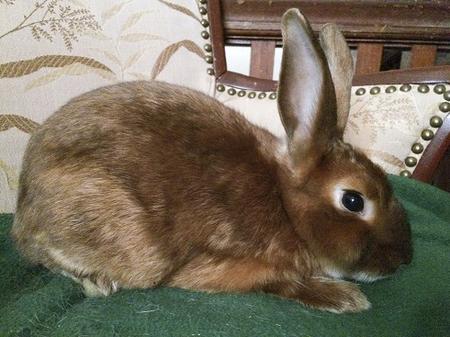 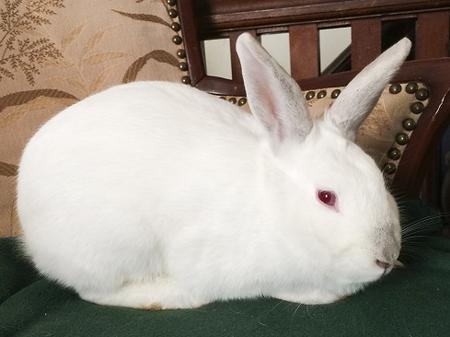 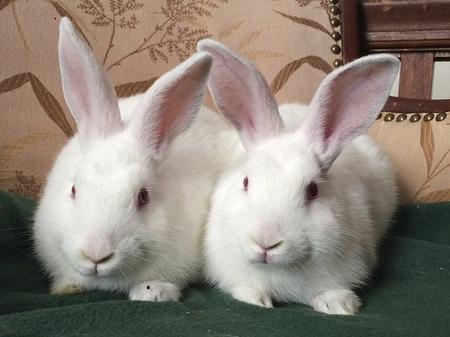 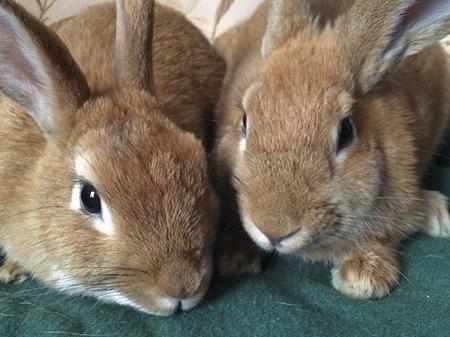 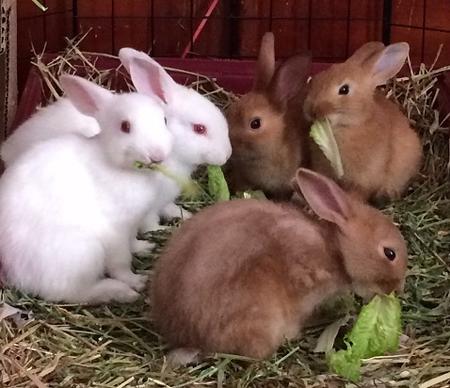 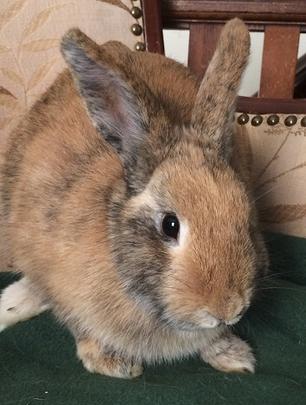 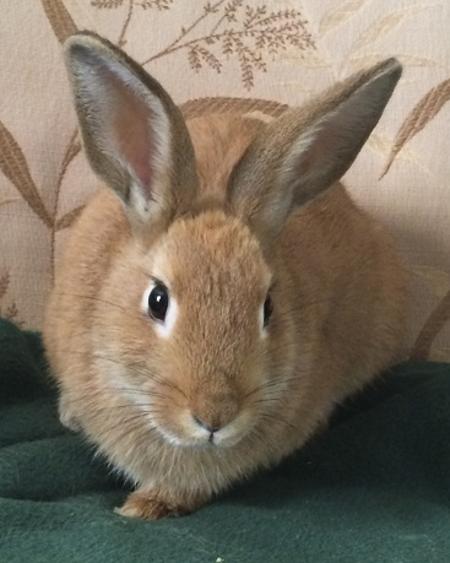