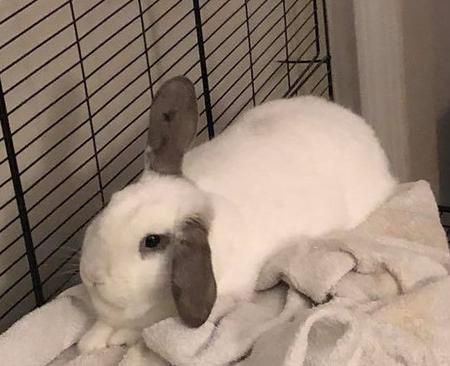 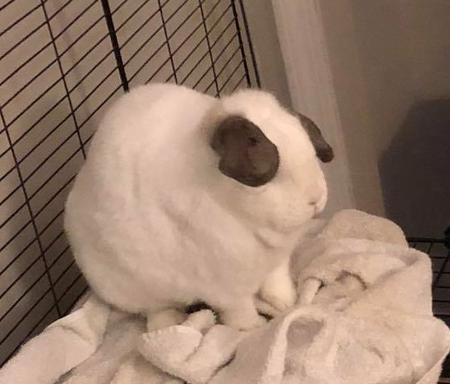 ​Sasha is one of Cutie’s babies, born and raised in a loving foster home and later adopted into a spacious house with his mother Cutie. Sasha appeared shy at first, but as he grew older, he became more curious and fun. He loves jumping up and down from his Amazon box, eating dandelion greens, and even hiding away in a quiet spot.

He used to have pink ears and a completely white coat, but his eyes are big and dark, with long eyelashes. Sasha has a sturdy body and almost lop ears. He is shy but energetic. Sasha is afraid of dogs and cats, but may be ready to bond with a female bunny who is not his mother. He will be a great companion for humans who are ready to enjoy watching him play, eat, and jump happily. Sasha lived a very happy life with his mother Cutie and their adoptive family until the humans had to move away, unable to take them along. Sasha is insured with Nationwide, and goes to Cornell for routine care. He has received all the warmth and care he deserved since the moment he was born, and hopes to find a new family with loving humans and maybe a female companion bun. 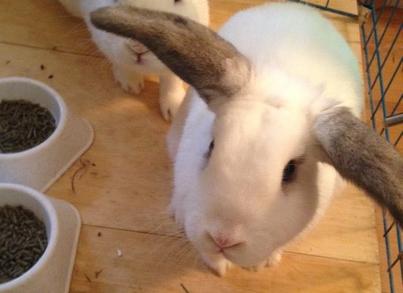 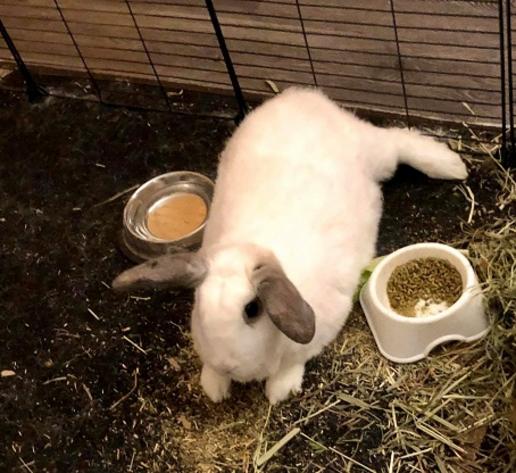