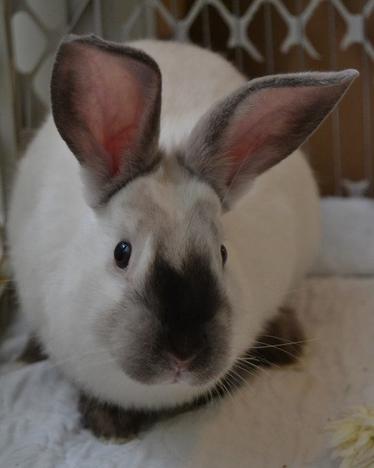 Will be medium size 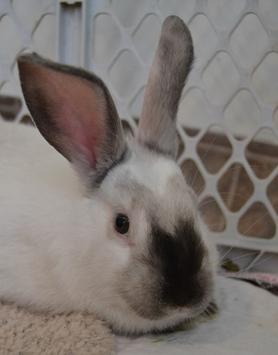 One of the 2 smallest buns in a large litter, Smudge was rescued in March 2019 from a chilled and snowy outdoors situation.  At the time of his rescue, he was estimated to be about 4 months old.  He is putting on some weight and size, and may grow up to be a medium-sized bun!

He is super active and needs space to stretch out and run around!  He loves to run and jump and is happiest in a pen rather than an enclosed cage. The pen needs to be tall, though, because Smudge is adventurous and has been known to hop over walls!

He also loves to dig at towels and mats.  He has not been observed to chew things he shouldn't chew.

Smudge is a sweet boy and loves attention!  He has really come a long way and enjoys being around everyone. He will sprawl with his hind legs kicked out, or make a classic "bunny loaf" shape, and enjoy being petted for long periods of time.

Smudge does like our cats and he is learning to like our dog that can be hyper at times.