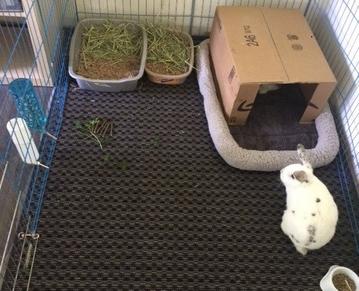 ​Cutie was found abandoned and pregnant in the streets of a Southern Tier town in December 2015. She gave birth to her four babies in her foster home on January 11, 2016, and soon moved in with her new human family and bunny son Sasha. Aside from being a smart and organized mother, Cutie was always friendly, curious and a little shy. She loves cuddling in her haybox, eating dandelion greens, and hiding in her Amazon box.

Cutie’s ears are almost lopped, and sprinkled with dots. Her back has grey polka-dot spots aligned neatly along the spine. Cutie has clean white fur and very beautiful dark eyes with long eyelashes. She will be a lovely addition to a home with no dogs or cats, and may be adopted with or without her son Sasha, with whom she is no longer bonded like she was before.

Cutie and Sasha lived a very happy life with their adoptive family until the humans had to move away, unable to take them along. Cutie is insured with Nationwide, and goes to Cornell for routine care. She has received all the love and care she deserved since her rescue, and hopes to find a new home with loving humans and maybe a male companion bun.

Sasha, one of Cutie's babies, with Cutie behind him. 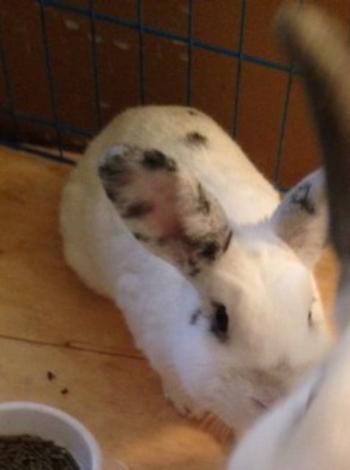 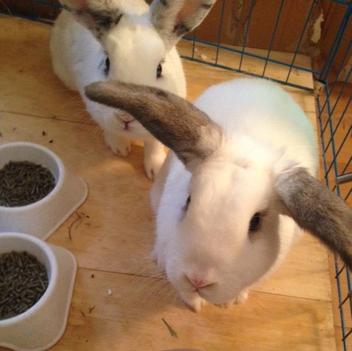 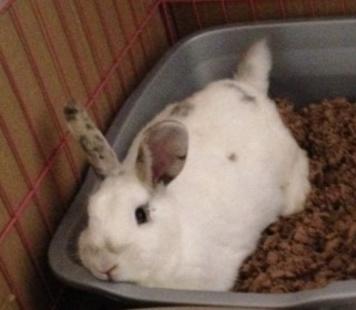 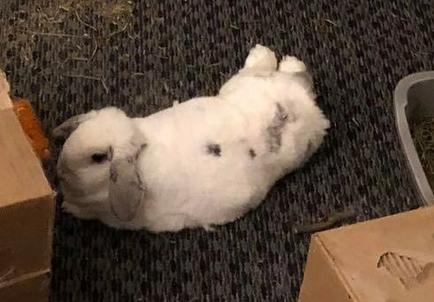