Marmalade has an awesome dewlap under her chin. It’s the extra roll of fur that female buns develop to prepare for lining nests. Marmalade’s is spectacular and she plumps it out when she’s relaxing.

Marmalade would do best in a predictable environment with consistent, low key attention. She has a sweet demeanor despite her rough start. She’s looking for a home where love is unconditional. 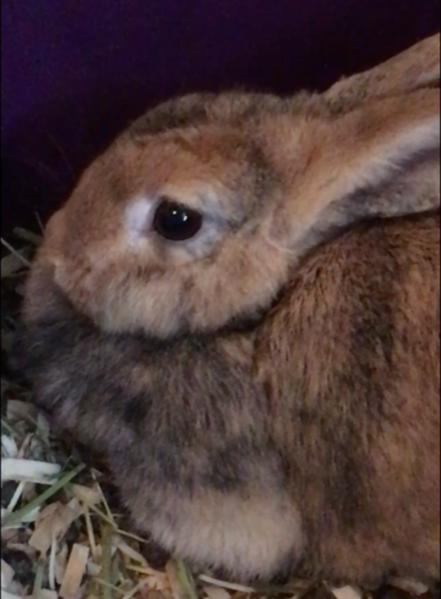 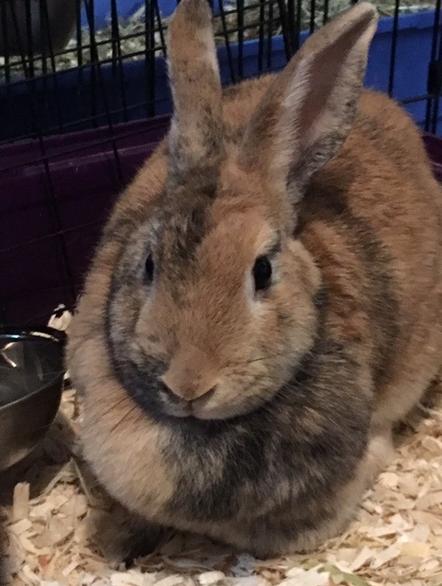 Marmalade was dumped with some other buns to fend for themselves. She was rescued in July 2018 and has been making slow but steady progress learning to trust her foster mom.

She’s very shy and will still back away or flinch when approached. However, if the treat bag is crinkled, she will sit pretty and beg.

She loves to groom her stuffed elephant and she doesn’t mind the resident free range bun and cat. Somehow, when she was fending for herself, she lost part of her one front leg. This doesn’t prevent her from getting around, but it slows her down and her foster keeps her area thickly padded.